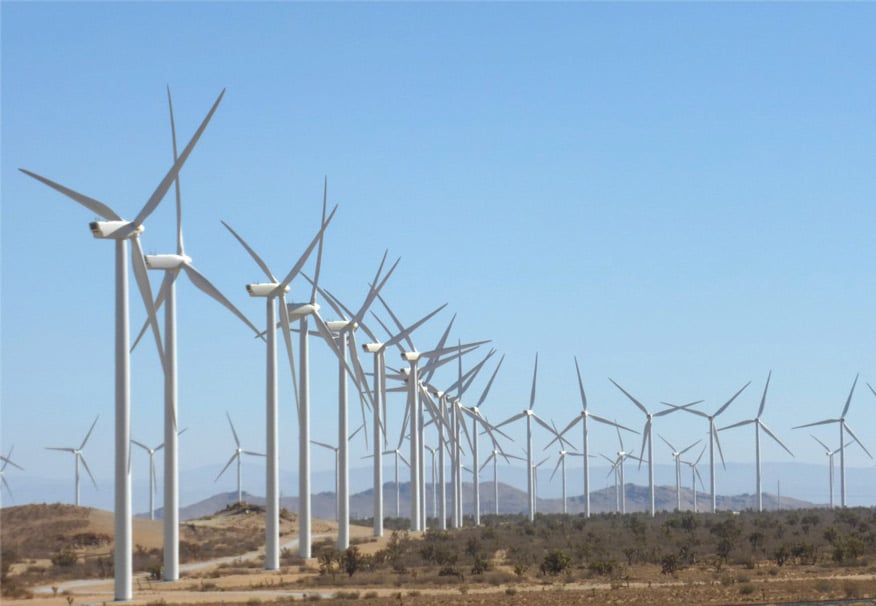 We still do it big in the States and when it comes to renewable energy, we’ve got some of the most amazing structures in the world. Renewable technology covers a wide range of projects from solar panels and wind turbines to hydroelectric and geothermal power plants.

While much of the attention has been on big projects, homeowners and businesses are also making the move to clean energy. As we enter a new phase in power production, with our dependence on fossil fuels beginning to decline, research and development across the country are looking to find new ways to produce independent and secure energy. There are even plans in the future to harness the power of the waves around our shores, providing clean and efficient electricity for millions of Americans.

In line with President Obama’s energy plan, the US should be getting 25% of its electricity from renewable energy projects by 2025 – last year it accounted for over 13%, so we’re well on the way.

We have the resources to succeed, mind you, despite what the critics say. There’s plenty of sun and an awful lot of wind as well as the odd geothermal hotspot and millions of acres of biomass to put into the mix.

According to the Union of Concerned Scientists, producing more energy from renewable sources is a win-win situation:

“Renewable energy provides substantial benefits for our climate, our health, and our economy. It dramatically reduces global warming emissions, improves public health, and provides jobs and other economic benefits. And since most renewables don’t require water for cooling, they dramatically reduce the water requirements for power production compared to fossil-fueled power plants.”

The world’s biggest solar farm is in California. Based in San Luis Obispo County, the 550 MW array costs a staggering two and a half billion dollars and comprises 9 million individual modules. It’s no surprise that the installation is found in California because the state is one of the leaders when it comes to renewable energy in the US. With ambitious targets to reach, the array went online in 2013 and currently produces in excess of 1.3 million MWh a year.

If you think renewable energy is a new thing, then think again. The Grand Coulee Dam is the 5th biggest hydroelectric facility in the world and was built in the 1930s. One of the major landmarks in Washington, it originally cost $168 million and holds over 9 million cubic meters of water. The actual dam has expanded to 33 hydroelectric generators over the years and currently has a capacity of nearly 7,000 MW.

Wind Power in the US

Not surprising for such a large country, the US has the second-largest wind power capacity just behind China. We also have two of the biggest onshore wind farms in the world. The Alta Wind Energy Center has a capacity of 1,320 MW and is located in Kern County, California. The other is Shepherds Flat Wind Farm in Oregon that has a capacity of 845 MW.

When it comes to adding new power to the grid, renewable energy is certainly holding its own in the US. According to Bloomberg:

Part of the reason has been the introduction of federal tax credits that have particularly helped the wind power industry move forward. Across the US there are now nearly 50,000 wind turbines providing power to over 18 million homes making it the most successful of the renewable energy technologies.

While we are all fairly knowledgeable about renewable technologies such as wind, solar, and hydroelectric, the future could see even more interesting developments. One area which is pretty much seen as the Holy Grail when it comes to clean energy is how we make the most of tidal power. There are a number of research projects underway across the world to realize this potential, not least in the US.

In 2013, the US Energy Department invested $16 million in developing wave power and companies such as the Ocean Renewable Power Company in Maine have been formed to develop what could be industry and world-changing projects. As renewable energy begins to pay for itself and succeed, so more investors are coming on board. According to Scientific American investment has continued to grow dramatically since the turn of the century:

“New investments in renewable energy rose from $9 billion in the first quarter of 2004 to $50 billion for 2015’s first quarter and the volume of installed photovoltaic systems in the United States has grown every year since 2000.”

While many of us look to the large installations such as the Topaz Solar Farm, the major revolution in the United States has been the uptake of smaller, localized renewable projects. Big corporations are having solar panels installed on their roofs, farms are moving to technologies such as wind and anaerobic digestion to help power their businesses and homeowners are being enticed by federal and state tax rebates to go green.

While some states are lagging behind when it comes to the renewable energy revolution, others are embracing it with all the legislative power they can muster. Households are installing solar thermal and ground source heat pumps, insulating their properties better, and reducing consumption. After struggling to gain public acceptance over the years, it appears that we have reached the tipping point when it comes to renewable technology. The majority of Americans are in favor of it, not least because of the security it provides and the prospect of lower electricity bills.

There are still major developments to come. The disruptive technology that could make the biggest difference are not turbines or panels but storage batteries. Being able to produce power from the sun is fine but it is limited to when the sun is actually up. Being able to store that energy for later use is the key.

The next few years will see this technology become more efficient and more affordable. That could then allow each of us to become energy independent if we so choose.