Electric Cars: An Analysis of the Pros & Cons 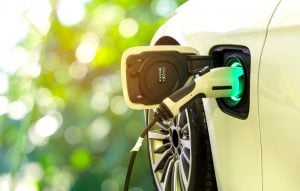 It’s incredible to think that the movie Who Killed The Electric Car? debuted as recently as 2006. At that time, do you know how many highway-capable electric cars were available to the general public in the United States? Zero.

That’s not to say there weren’t a few efforts, of course. The Ford Ranger EV was produced from 1998 to 2002, and the GM EV1 had some high-profile exposure in the mid-90s.

In 2008, two years after Who Killed The Electric Car? came out, the first Tesla Roadster appeared. Based on the Lotus Elise, it featured the acceleration of a supercar and a 200-mile range, a far cry from the boring econoboxes and low-speed neighborhood vehicles that electric cars had been up until that point.

When Tesla’s Model S sedan exploded onto the scene in 2010, it generated even more excitement. The public was astonished that electric cars could be everything at once: practical, environmentally friendly, fast, luxurious, and most of all, fun.

Now in 2022, most auto manufacturers are making pledges to not only introduce electric models of their own, but many are pledging to be fully electric within 20 years (and sometimes less).

What Makes a Vehicle Electric?

The vast majority of cars and trucks rely on internal-combustion engines that run on some type of fuel, be it gasoline, diesel, natural gas, hydrogen, or even cooking oil.

While there have been some outliers, such as the Stanley Steamer, Chrysler Turbine Car, and even early 20th-century electric efforts, internal combustion won because of the energy density of liquid fuels. Electric cars run on, well, electricity.

Why Bother Making Cars that Run on Electricity?

As we’ll discuss more through this article, the fact that electric vehicles (EVs) only need electricity to propel themselves make them, under optimal conditions, the most environmentally-friendly vehicles.

It doesn’t hurt that EVs are also simpler to maintain and have won over car enthusiasts because they produce levels of power and torque that make them some of the quickest vehicles ever produced.

How Do Electric Cars Work?

Unlike engine-powered vehicles, electric vehicles propel themselves with electric motors that get power from onboard batteries. Sometimes these electric motors run through a conventional transmission like the Porsche Taycan, while others, like Tesla’s, have the motors connected directly to the drive wheels.

Electric motors are vastly simpler than internal combustion engines. While a traditional engine needs huge numbers of moving parts, an electric motor is little more than coils of wire around magnets and a rotating shaft.

The current from the coils makes the magnets constantly swap polarity, causing the shaft to rotate. You’ve experienced the concept if you’ve ever taken two refrigerator magnets and realized that in one direction, they’re attracted, but when you flip one of the magnets, they repel.

This process may not sound like a recipe for horsepower, but electric cars have proven that electric motors can be exceptionally strong.

For example, one of the quickest cars in the world is the Tesla Model S Plaid. It looks like an unassuming sedan, but it makes north of 1,000 horsepower and will out-accelerate anything but the most purpose-built internal combustion engine race cars.

What Types of Electric Vehicles Are There?

Increasingly, public transportation is moving towards running on electricity. Buses are now offered with electric power, as are trains. You’ve probably also experienced electric golf carts, electric scooters, and electric bicycles. There are even electric motorcycles hitting the market now.

However, one type of vehicle you probably haven’t seen any electric examples of would be any kind of aircraft. The reason for this is that batteries are heavy.

Regarding consumer electric cars, particularly ones intended for highway use and commuting, they must be able to offer the same experience (or better) as internal combustion engine cars.

City buses and trains can sit and charge as needed, but personal transportation has to meet the demands of its owner. If someone wants to take a several hundred-mile road trip, their electric car needs to perform.

The reason why it took so long for electric cars to become legitimate options is that batteries have only recently begun to offer the balance of power density vs. weight to give electric vehicles the speed and range consumers want.

There have been many experiments with different materials in batteries by various manufacturers over the decades. An electric Chevrolet Corvair concept in the 1960s featured exotic silver-zinc batteries that weighed 800 pounds and provided the car with a max of 80 miles of range.

Ford experimented with nickel-cadmium. General Motors made a second attempt in the late 70s, this time with traditional lead-acid batteries in a Chevette. The aforementioned GM EV1 also used lead-acid (with a nickel-metal-hydride battery as an option).

It wasn’t until the 1997 AC Propulsion tZero, and later the Tesla Roadster, that lithium-ion batteries appeared. This new electric car battery tech showed the promise that electric cars could have sufficient power and range.

These batteries would go on to power the Nissan Leaf, the Tesla Model S, the Chevy Bolt, and just about every electric vehicle from this point on, though scientists and researchers are continually looking for new materials that may yield even better results.

What’s the Difference Between Hybrid and Electric Cars?

Through regenerative braking and deceleration, a generator gets turned and thus puts the power back into the batteries. Typically, the batteries in hybrid vehicles are nickel-metal-hydride. Even though they aren’t as energy-dense as lithium-ion, they last longer and can handle harsher conditions.

There are also plug-in hybrid electric cars. These vehicles still feature internal combustion engines as their primary power source, just like a hybrid, but they have larger battery packs and electric motors to give them greater range.

Sometimes they can operate on electric power alone for short distances. However, due to their larger batteries, to get the most range, they should be plugged in like an electric vehicle. They’ll still charge from driving under gas power, but it’s not generally enough to fully charge the batteries back up.

One interesting plug-in hybrid with a unique operation is the Chevy Volt (now discontinued). While it features an internal combustion engine, it’s not connected to the wheels. It exists solely as a generator to recharge the batteries, which supply power for its electric motors.

Which Is Better for the Environment? 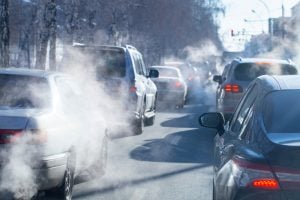 While there’s no question that any gas-powered car puts out more pollutants while running than any electric car, there is more to environmentalism than emissions. The factory production of any vehicle requires a good amount of energy and resources. Assessing the environmental impact of cars from manufacturing to their eventual disposal requires some digging. Let’s take a look at several factors and compare.

Producing electric and hybrid cars takes more energy and resources than internal combustion engine cars, resulting in 15% to 68% more emissions during manufacturing. This burden is why there’s a push to recycle electric car batteries to reduce this part of their carbon footprint.

Emissions are another area where the answer isn’t as obvious. While electric cars themselves are cleaner while running, where they get their electricity is also a concern.

There is a window of time where some hybrid and gas-powered cars are more environmentally friendly than some electrics. However, this gap is narrowed the longer an electric car is driven, and at a certain point, the environmental impact is lower for the electric car.

Because many batteries aren’t being recycled, their precious materials are just going to waste. In Europe, only about 5% of lithium used in batteries is recovered once they reach the end of their lifespan.

The rest gets incinerated or put into landfills. The materials in an electric car battery, like lithium, can pose health and environmental risks just like petroleum products in a gas-powered car.

While it may sound like electric vehicles are no better for the environment than gas-powered cars and hybrids, they are by far the cleanest method of transportation given optimal circumstances.

If batteries are recycled properly, electric vehicles are used to their absolute longest lifespan, and they get their power from sustainable energy production methods (wind, solar, nuclear, etc.), then there’s no comparison.

The question then becomes, are electric vehicles cleaner right now? Because the need to remove CO2 from the atmosphere is urgent, and gasoline-powered vehicles release about 4.6 metric tonnes of the stuff into the atmosphere every year, transitioning people to hybrids first may be a large part of the solution.

What Are the Costs of Owning an Electric Car?

Starting with the obvious, you’ve probably noticed that electric cars are generally more expensive, with Kelley Blue Book averaging EV prices at about $10,000 more than gas equivalents. This disparity is partly because they’re so new. There aren’t any ‘84 Teslas out there.

Research and development costs for internal combustion engine cars have been spread across generations of manufacturing. But any electric car you’re going to want was designed fairly recently, and the manufacturers are still dealing with the associated costs. In some cases, materials are more expensive, too.

Newness, rarer materials, more advanced tech, and concerns with battery life and safety all combine to drive up insurance costs for EVs, so factor this in when calculating the cost of electric cars. 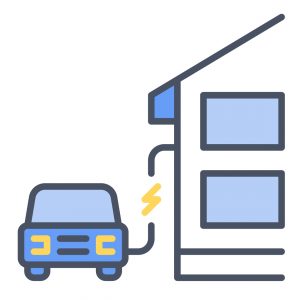 If you want to charge your electric car fast enough to be able to drive daily, you’ll probably need to install a charging station at your house (you might need a permit).

There are three levels of charger. Level 1 can add about 5 miles per hour of charging, and one of these chargers will cost you about $1,500 with installation. Level 2 can give you 60 miles of range per hour and cost close to $3,000.

Because of the relative simplicity of electric motors over internal combustion engines, there’s a lot less to go wrong.

With that being said, electric cars still need to be maintained with new tires, wipers, fluid changes (parts still need lubrication!), cabin air filters, and other parts. The good news is that one of the major benefits of electric cars is that they generally have lower yearly costs than conventional vehicles.

This issue will depend on the brand, but electric vehicle owners are running into “right to repair” issues. While an internal combustion engine vehicle is mostly mechanical parts that can be fixed or replaced, much of an electric car is electronic and reliant on software.

Some EV companies have decided that they and they alone will be allowed to service their cars, while bills are being introduced to let owners take their EVs to independent shops. Check the manufacturer’s stance on repairs before you buy.

The Future of Electric

By 2040, it’s estimated that 70% of vehicles will be electric. Currently, only 2.6% of vehicles are electric. As more charging stations are installed across the country and manufacturers aim to standardize charging, look for EV sales to ramp up considerably.

According to the Sierra Club, there will need to be 10 million electric vehicles on the roads by 2025 to stave off the worst effects of climate change. Will you be in one of them?