Home › Flooring › Green Living › The Greenest States in the US

The Greenest States in the US 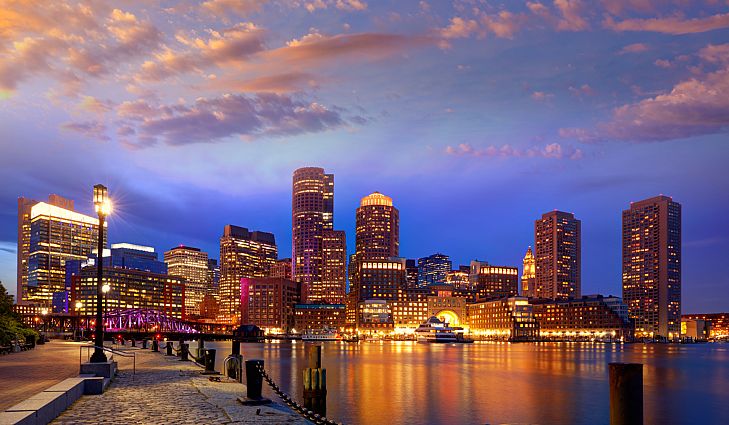 When it comes to going green and reducing our use of fossil fuels, there is plenty of space between individual states in the US. Some, like Maine and California, have gone all out to embrace the progressive use of renewable technologies, others, Alabama among them, still have a long way to go.

Following on from the climate summit in Paris at the end of last year, cutting carbon emissions is high on the world agenda but many US states are still married inextricably to the fossil fuel agenda and are less green than we would all hope.

Not only is there variation in each state, but there’s also an east-west divide that illustrates the cut is far from simple. According to Forbes:

Despite the acreage and lack of people, as well as mountains of regulation in California, Westerners drive further and use more resources than their cramped Eastern cousins.

What Makes up the Greenest States?

You may think it’s all about how much renewable technology we use – installations such as solar and wind – in our energy mix. In fact, being green means a lot more. There’s the recycling of waste to take into account; the amount we drive when we could just walk or cycle; how we conserve valuable resources such as water and how clean it is; whether we simply leave the lights on when we shouldn’t.

It might be a surprise that among the top best performing and greenest states are Vermont, Washington, and Oregon. These regions have city landscapes that are not only energy-efficient but also have good air quality. California may well have some of the best incentives for taking up renewable technology but they are far behind the eight balls when it comes to other green indicators, something which drops them down the list.

Areas that need to be considered when judging the greenest states include:
High levels of energy efficiency.

These parameters all go to make up better-living conditions for residents. California has perhaps the most legislation in place to implement environmental policy but it doesn’t even come in the top ten for all the important stuff like air quality. Colorado has some of the freshest air in the US with its Rocky Mountains and penchant for outdoor pursuits but has a pretty big carbon footprint which sets it well back from the top five greenest states in the US.

The US States and Pollution

For major built-up areas, the problem of pollution has been with us for a long while. It’s not just the exhaust from the millions of cars we drive but how big corporations deal with their waste when manufacturing products.

Then you have to factor in the industrial complexes that are pushing fossil fuel smoke into the air every minute of the day. Several states get a large proportion of their power from coal. Among these, Texas is one of the main offenders, producing more CO2 emissions than any other state.

The US States and Energy Consumption

How much power we use, of course, defines in part how efficient we are. This varies from state to state because of issues such as population size and how big the manufacturing industry is. Ohio is not one of the greenest states because it has the fifth-highest energy consumption but also only gets less than 1% of its energy from renewable technologies such as solar.

Things can be misleading, however, Vermont gets to the top of the list for being the greenest state mainly because it has a much smaller population. It consumes less power and has lower CO2 emissions and levels of pollution. Yes, it has several good policies in place to promote areas such as renewable technology and is working hard to implement these but it benefits from location and size too.

Which States are Best at Renewables?

Perhaps asking which are the greenest states is a little misleading as it depends a lot on size and location as well as natural and historical resources. Which states have embraced the renewables agenda may be more important for the future of the US. The US is second only to China in the amount of power it uses (a humbling 4 trillion kilowatts in 2010) so the work it does from now on to switch to renewable and clean energy sources is pretty important.

California has one of the best legislative and incentive programs in place to promote the uptake of solar PV – a good idea because of the high levels of sunshine in the state. Many states now have a renewable portfolio standard in place which means they have committed to getting a certain amount of their energy mix from clean technology in the next couple of generations. For instance, California aims to get 20% of its energy from renewables by 2017. Colorado wants 30% by 2020 and Hawaii is shooting for 100% by 2045.

Hawaii is a good example of a state that has gone all out for renewables. It has some things in its favor, of course. As an island state, it has access to good wind resources and plenty of sunshine that make it great for both wind turbines and solar PV. But it’s also a major tourist destination and embracing green solutions makes perfect sense for the legislatures and local people.

Head to Alabama and you get a different story. Here you find a state that only produces enough solar electricity to power some 80 homes despite having enough sunshine each year to make the industry viable. That isn’t to say the state hasn’t got on the renewables bandwagon – it’s just been a little on the slow side and has some major catch-up to do.

While we all might be cutting those harmful carbon emissions on an individual basis, it’s clear there are some pretty startling differences across states. It takes more than just making sure you recycle properly, or put in the right light bulbs, or even decide to have solar panels put on your rooftop. We also need to make sure that our industries produce fewer emissions and take on new, cleaner technology and we need to have the incentives in place that make a difference.

According to President Obama recently, things are heading in the right direction:

“In fields from Iowa to Texas, wind power is now cheaper than dirtier, conventional power. On rooftops from Arizona to New York, solar is saving Americans tens of millions of dollars a year on their energy bills, and employs more Americans than coal — in jobs that pay better than average.”

There’s no doubt though, that if we are going to head towards a greener future, some states are certainly going to have to do more.

‹ How to Manage a Home Renovation
Go Green with Home Heating ›