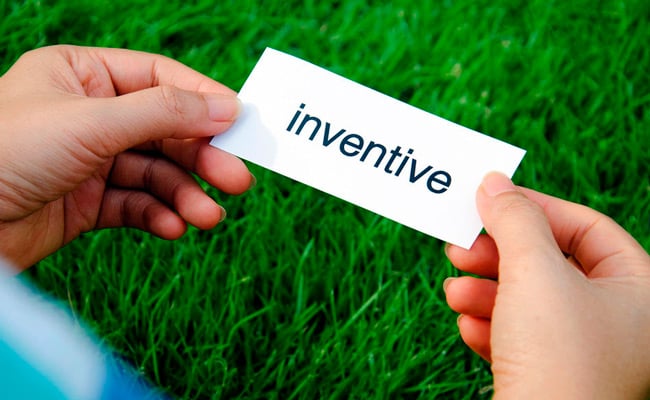 Thanks to crowdfunding websites such as Kickstarter and Indiegogo, innovative green products are being developed and manufactured at increasingly fast rates.

From cheaper ways to power our homes to sustainably sourced furniture, the potential market for green products is vast.

Check out our top ten innovative green products to watch out for in 2016:

The Tesla Powerwall is a home battery that charges using solar panels or on-the-grid energy at times of low energy cost. It offers your home independence from the energy grid and provides backup electricity in case of a power outage.

It gathers up energy and releases it to your home throughout the day to avoid you having to use on-the-grid energy when it’s at its most expensive.

Combining the Powerwall with multiple solar panels means that you can make your home completely grid-independent and rely solely on renewable solar energy to power your home all day and all night.

The Whirlpool Ventless Dryer is a revolutionary dryer with potentially vast positive impacts on the environment. It’s a clothes dryer with an energy-efficient heat pump and an in-build refrigeration system that recycles and dries the same air. It saves around 40% of energy compared to a normal dryer, and it has a reduced risk of fire.

Wynd is a portable, personal air filterer that monitors the air around you and filters out dust, allergens, smoke, and pollution. It’s the size of a water bottle but provides an individual with clean air that’s free from contaminants. After a successful crowdfunding campaign, Wynd is still in pre-production that raised over $550,000 – an amazing total, seeing as the inventors were only looking for $50,000! The product could be a game-changer for those who suffer from hay fever or other atmosphere based illnesses.

Myco Board is an alternative to wood or chemically produced wood products, and it won the Saint-Gobain 2015 NOVA Innovation Competition as an alternative building material. You can find out more about Myco Board by watching the video below:

The Sloan Hybrid Urinal was designed as a way to save water. Each Sloan Hybrid Urinal saves thousands of gallons of water per year when compared to a traditional urinal. In fact, technology only uses one gallon of water every 72 hours, or 120 gallons per year. This is even less than the alternative ‘green’ urinal products, which market themselves as ‘waterless urinals.’

Bika is a modern bike rack made from wood that’s been devastated by pine beetles. The aim is to reduce emissions as pine beetle affected trees produce large amounts of CO2. These trees are often left to grow rather than being felled as they are not suitable for many manufacturing processes and products. Pine beetle kill wood produces the same amount of CO2 as 3.7million cars every year around the world.

The project is still an active Kickstarter campaign, with around half of its budget raised so far. It’s an elegant solution to two problems: over forestation of damaged, dying trees, and a more ‘first world problem’ of how to store your bike when space is tight.

The BioLite HomeStove is a wood burner that burns wood as cleanly as gas. It reduces carbon emissions and particulates by up to 90% over a traditional campfire. It requires around 50% less fuel than a fire, and the technology is currently cutting worldwide CO2 emissions by around 2.5 tons a year.

Not only does the product act as a stove for cooking, but it also transforms the heat into electricity so that you can charge your smartphone (or anything that uses a USB charger).

BioLite believes in making the world a cleaner, less polluted place. To date, they have donated over 15,000 HomeStoves to families across India, Kenya, and Uganda.

Although it’s been around for a couple of years now, we just have HAD to include it in our list of innovative green products when we saw this product.

Geizeer provides personal air-cooling at the cost of only 1 cent per day. It’s designed to reduce the need for expensive, energy-hungry air conditioners that can cause negative physical effects in people such as headaches, back pain, and respiratory problems.

It’s a wood-based product that uses an ice pack and brushless fan to release cool air into the atmosphere. It’s highly transportable, and the cooling agents can be refrozen once thawed.

Geizeer is the brainchild of two designers from Rome in Italy who managed to smash their €30,000 crowdfunding goal and raise over €275,000.

The Veemo is an electrical assist vehicle – sort of like a three-wheeled bicycle with electric power when you need it most (e.g., when going up a hill). It’s fully enclosed to protect against bad weather, and it’s classed as a bicycle, so you don’t need a driver’s license to operate it.

Whilst not particularly eco-friendly as a product, the implications it could have on the planet could be enormous. It’s hoped that, if it went into mass production, the Veemo would reduce the need for so many cars in cities and other densely populated areas as it would be much easier to travel in a Veemo.

Vertical farming is the farmland of the future. Vertical farmers are taking over disused industrial buildings to create indoor farms to grow fresh, nutritious food that can be distributed to local stores to be sold.
The plants are grown in containers that are stacked on top of each other. A misting system allows vertical farmers to use up to 90% less water than regular farming. LED lighting is used to grow the plants rather than exposing them to the sun. The growing cycle is cut in half using this growing technique, which means more plants can be produced in less time.

What do you think about these innovative green products? Which is your favorite? Which do you think will take off and which ones will flop? Please share your thoughts with us in the comments below.