7 foods to avoid if you are trying to live green 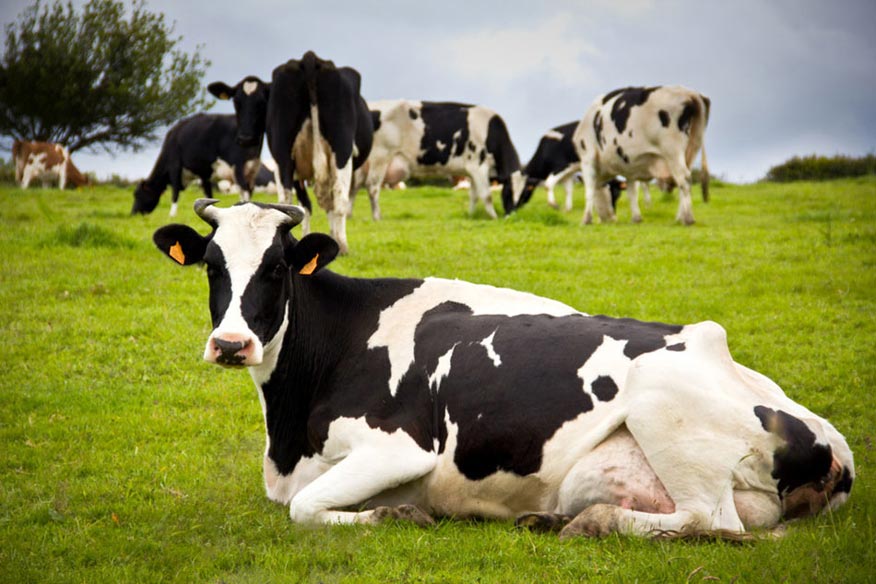 Every year, 1.3 billion tons of food ends up in the trash. That’s 1/3 of the world’s yearly food production. All of that food waste is having a damaging impact on the environment, as explained in the following video, which also suggests ways that we can all work together to help reduce the amount of food that we throw away:

The Reduce/Reuse/Redistribute philosophy is perfect for those looking to have that little bit less of an impact on our environment. However, there is more that you can do. Certain foods cause a high impact on the environment. If you’re trying to live green, consider limiting your intake of them or even try removing them from your diet completely.

You might think that the biggest contributor to CO2 emissions would be from transport such as cars or lorries. You’d be wrong. In fact, animal agriculture counts for about 50% of the world’s total emissions. Some of the highest contributors are cows and sheep as the demand for beef, lamb, and dairy products is so high.

Ocean fishing is another part of farming that is causing damage to our planet. When nets are pulled in, they don’t just contain the types of fish that the fishermen are after, but also non-edible creatures, including sharks and dolphins. When purchasing fish, keep an eye out for those that are marked as sustainably sourced or line-caught – the more popular these products become, the more widespread sustainable fishing will become.

The following video explains more about the damage meat and fish farming is doing to our lovely green planet:

Ready-prepared meals that you can stick in the microwave can seem like a lifesaver after a long day at work when all you want to do is curl up on the couch instead of cooking dinner. However, think carefully about the potential environmental impacts before purchasing them.

Convenience food is essentially twice-cooked food. It gets cooked once when the meal is created and then again by you in your kitchen. As you’d probably expect, twice the cooking = more energy usage.

Instead of relying on a meal-in-a-box, try expanding your recipe repertoire. Many quick and simple recipes can be fully prepared and cooked in around the same time as it takes to heat a convenience meal. Plus, you’ll know exactly what goes into your meal. No excess salt or hydrogenated fats for you!

However, if you do purchase convenience food, you can help negate the environmental impact by recycling the packaging. Cardboard and most plastic containers can be recycled – just be sure to wash the containers first.

Where possible, try to purchase locally sourced fruit and vegetables. Organic produce is best; try visiting a local health food shop to see what they have available. Choosing only seasonal, local produce is a wonderful way to try new fruits or vegetables that you may not have previously experienced. It also encourages you to try out new recipes at different times of the year which can stop you from becoming bored with eating the same meals all of the time.

But why is seasonal produce the ‘green’ choice? Well, when you purchase out-of-season produce such as strawberries in Winter, you’re probably buying something that’s been grown abroad and flown into the USA on an airplane. From the airport, it will have been transported on a truck to your local supermarket. All that travel adds up to lots of air miles for the food.

Palm oil production is causing some serious problems in the rainforests of the world, particularly in Indonesia and Malaysia. Unscrupulous suppliers are destroying local habitats to grow their products. This is leading to a decline in many different species of plants and animals, especially tigers, orangutans, and bears.

There are many sustainable palm oil farms around the world. However, it’s exceptionally difficult for the large manufacturers to trace the oil right back to the individual farmers, meaning that unethically grown palm oil is highly prevalent.

The following video explains some of the problems with increasing deforestation on both the environment and the local populations:

High fructose corn syrup is an artificially made sweetener that’s made from corn. It’s used in many products such as soda and sweets and it’s often blamed for helping to cause America’s current obesity crisis. It’s cheaper to produce than real sugar which is why it’s included in so many low-cost products.

Not only that, but it’s not particularly eco-friendly either. Corn is mostly grown as a monoculture crop which means that the same fields are used to grow it season after season. This depletes the soil of its natural nutrients meaning that artificial fertilizers and pesticides are used to ensure a healthy crop.

According to the World Wildlife Fund, over 145 million tons of sugar is produced every year. Any production on that scale will inevitably take its toll on our planet. The production of sugar causes habitat destruction, high freshwater consumption, heavy pesticide usage, and water pollution.

There is also a growing human cost of sugar production. Natural Geographic highlighted this in a short documentary entitled “The Human Cost of Sugar Harvesting”. The video can be watched below but be warned, it contains some extremely hard-hitting images.

This is due to the extra refinement processes that the wheat has to go through to produce white bread. Whole wheat flour (that makes brown bread) goes through less manufacturing processes, leading to reduced production costs, energy usage, and carbon emissions than white bread.

What eco-friendly food choices do you make?

Do you consciously make any choices when purchasing food or ingredients to help lower your carbon footprint or to help you live a greener life? If so, let us know in the comments below.

‹ Is Bamboo Flooring Really Tough? Bamboo and Durability
Green Travel Tips – How To Make Your Next Trip More Eco-friendly ›