20 items you should never put down the drain (and why) 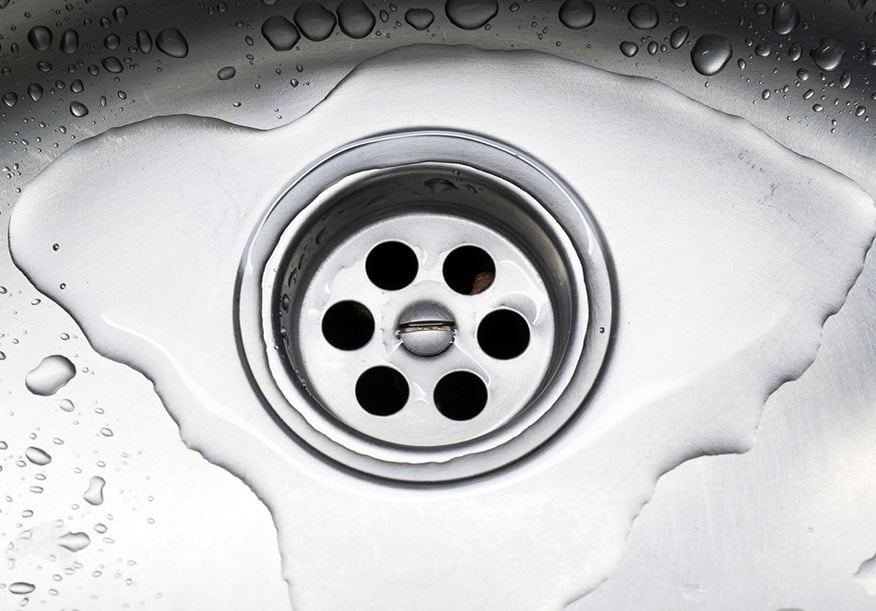 Many different items that many people chuck into their sink or down the toilet without a second thought, from grease to eggshells, cleaning products, and face wipes.

But did you know that your casual flushing could be risking your pipes and potentially cause a blockage?
Not only that, but our sewer systems weren’t built to deal with all of the products and objects that are sent down the pipes. If it’s not liquid or human waste, it’s probably best to put it in the trash rather than sending it swimming.

Here’s our list of twenty things you shouldn’t put down the toilet or sink.

What NOT to put down your drain or flush down the toilet:

Many band-aids are made from plastic and are therefore not biodegradable. Plus, they’re sticky, which increases the chance of them sticking to your pipes.

Help protect our waterways by safely disposing of car fluids such as oil, antifreeze, transmission fluids, windscreen wash, and other car-related liquids in the trash rather than putting them down the sink or toilet. Transfer leftover liquids into an old plastic bottle or jam jar and throw them out.

Many cleaning products contain harmful chemicals and should not be allowed to enter the water system. Read the back of the product packaging before putting any cleaning product down the drain. They should tell you if they are unsuitable for flushing.

Who doesn’t love a mug of freshly ground coffee in the morning? After you’ve enjoyed your cuppa joe, please dispose of the coffee grounds in the trash or on a compost heap instead of flushing them down the sink. Coffee grounds stick together when wet, which causes pipe blockages.

Don’t ever flush condoms down the toilet! Wrap them discretely in toilet tissue and throw them away. Latex is not biodegradable, and flushed condoms can stick around in waterways for years and even make it out to the ocean. This is dangerous for fish and other marine life who might try to eat them and end up choking or becoming seriously ill.

Cotton balls and swabs expand exponentially when waterlogged. They can become sticky, which attracts other non-flushable materials to them and causes blockages.

There can’t be many things more unpleasant than having to take your bathroom pipes apart to free a used, smelly diaper that’s got stuck in the u-bend. Diapers should not be flushed (even ones that claim to be ‘flushable’). Your pipes can’t deal with something so large being sent down them.

The porous material that makes up eggshells make them an ideal ‘collection point’ for other foreign objects in your pipes. The shells will bind fats, oils, food waste, and other items to create large blockages.

Face wipes and paper towels break down much slower than toilet paper – if they break down at all. They bind together with fat, grease, and other waste in your pipes to form large blockages that can cause havoc to your own pipes and the main sewer system.

Cooking fats, oil and grease congeal as they cool and become solid. The solids stick together, often trapping other foreign bodies in the pipes such as litter or food waste to form ‘fatbergs.’ These can block up the sewer system and must be manually broken down by sewerage workers called ‘flushers.’

Ever wondered why public restrooms have separate bins for your feminine hygiene products? It’s because tampons and pads expand in volume so greatly when wet that they go past the size that’s safe to flush down your toilet. Keep a small trash can in your bathroom that’s emptied regularly rather than flushing.

Do not, under any circumstance, put flammable or explosive substances down your drain. It creates a potential for the explosion as the substances can react with other elements in the pipes to give toxic gases or become too warm
and reach their combustion point.

Dental floss isn’t biodegradable and should be thrown in the trash. Whilst one little piece might not be a problem, over time, it can build up in your pipes and tangle together, causing a blockage.

When you add water to flour, it turns into a bit sticky mess. If you try and put flour down your drain, it will mix with the water and stick to your pipes. This may eventually lead to blockages.

Cat litter, even brands that market themselves as flushable, should not be flushed down your toilet. Cat feces and urine can contain parasites that are dangerous to humans and other animals. Water treatment facilities do not kill these parasites, allowing them to remain in the water where they can potentially cause damage. Instead, put all kitty litter in the trash or add it to your compost heap.

You have a trash can for a reason – use it! Food waste should never be put down the drain. Not only is it a blockage risk, but if it lingers in your pipes for more than a couple of days, it will start to decompose and send unpleasant smells through your pipes and into your home.

Whilst they probably won’t block your pipes, medications are dangerous to put down the drain for another reason. Water filtering doesn’t take out the chemicals from medications, causing the water to become polluted.

Pasta and rice swell up when they get waterlogged – that’s how they turn from the dried version in the store to the tasty meal on your plate. When pasta and rice and put down the drain, they can get stuck in the pipes. When subsequent water washes over them, they swell up, taking up even more space in your pipes.

Solvent and corrosive materials can linger in your pipes and cause damage by eroding the surfaces. Even flushing down large amounts of water alongside the liquids doesn’t stop this from happening. Damaged pipes can be very costly to fix, so don’t run the risk.

The thing about stickers is… well… they’re sticky! Whether it’s the little produce stickers on your apples or labels from work, you should never put anything sticky down the drain. There is a strong chance they will stick to the inside of your pipes and never move again.

Well, there you have it – 20 items you should never put down the drain or flush down your toilet. Did any of the list come as a surprise to you? Let us know in the comments below. If you have to resist any questions, please contact us!